The final scene at the pool has been the topic of much discussion. Many people have put forth scenarios of what happened above the water, but none of them really ever seemed to fit what we are shown on the screen. I felt that a good explanation should fit with the positions where all the characters were before it all started, what we can see in the water, and where all the bodies ended up afterward. Also, the timing of the events that we do see from under the water should also be taken into account. It wasn’t until I started wondering what Eli was thinking from moment to moment during this scene (as part of a little fiction project) that things finally started to make to sense to me.

At about the time that Eli shows up, Oskar is in the pool and the bullies are arrayed along the pool’s edge, roughly like this:

Now when Eli crashes in, it is reasonable to presume that she would first go after Jimmy, since he is the one ostensibly holding Oskar’s head under the water. So the first thing that happens is that perhaps Jimmy gets his neck broken. Whatever Eli did to him it was apparently fast and instantly lethal, since the arm that he had in the water didn’t even seem to move.

This wouldn’t take Eli very long at all. It literally should take Eli only one or two seconds at most to accomplish this once she is within arm’s reach of Jimmy. Then with just a step or two she can do the same to Conny. Presumably she recognized Conny by the big bandage on the side of his head. Conny also would take only a second or two to have his neck and/or back broken. From the aftermath that film shows us, it looks like either or both could have befallen Conny.

For longest time I couldn’t figure out why we should be seeeing Martin’s foot passing in front of the camera from right to left. When things were starting, Martin was already on Jimmy’s left. Why would Eli take Martin over to the right, only to bring him back to the left dragging his foot through the water? How did he get over to Jimmy’s right? My spouse finally pointed out something that in retrospect seems obvious: Martin bolted for the door. When things started happening, Martin must have headed for the exit. Unfortunately for him, to get to the door he had to go by both Jimmy and Conny (or whatever was left of them) and also he would have had to get past Eli. And as we know, he didn’t get past Eli. I believe that once Eli had spent those few seconds dealing with Conny she would have had plenty of time to grab Martin as he went by. She may have recognized Martin from her previous visit to the pool, but any case she would have known to grab him since he had been standing there beside Jimmy.

So Eli grabs Martin and takes him for a little ride. Presumably during the ride Eli is doing something to convince Martin to be still, because his feet stop kicking before they leave the water. 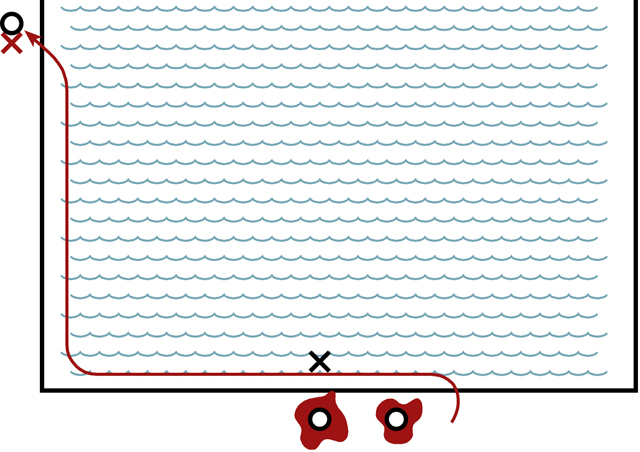 Now, at this point I believe that Eli is surprised that Oskar has not come up from under the water. I suppose she believes that Jimmy is still holding him down. So now she comes back to Jimmy and off comes his head. She has even less use for Jimmy’s head than Jimmy does at this point, so she tosses it into the pool (and fortuitously it lands within the frame 😉 ). 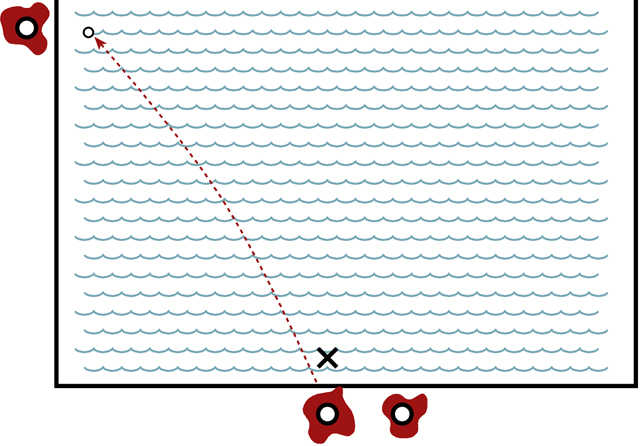 (Well, maybe not for Andreas.)

Discuss this article in the forum.